Coenzyme Q10 is a fat-soluble substance called coenzyme that exists in each cell in our body. world-way supplies safe Coenzyme Q10 for it uses fermentation methods made from microorganisms and yeast, and only coenzyme Q10 in the same form as that found in the body can be obtained.

It is contained in relatively large amounts in foods, such as sardines and beef, but in order to obtain the recommended intake from these, it is necessary to eat too much to eat. Therefore, it is a very important ingredient to take from supplements.

Coenzyme Q10 is also made in the body, but its amount decreases around the age of 20. Therefore, it is necessary to actively intake from diet and supplements.

Difference between oxidized and reduced forms 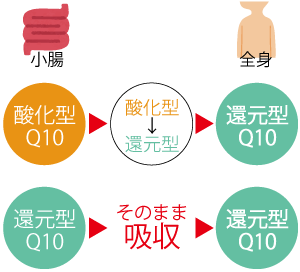 There are two types of coenzyme Q10: oxidized type and reduced type.

The oxidized form is sometimes referred to as the "conventional type".
Coenzyme Q10 is absorbed in the small intestine and needs to be converted to a reduced form in doing so. However, the ability to convert decreases due to aging, stress, etc. It is relatively reasonable compared to the reduced type. 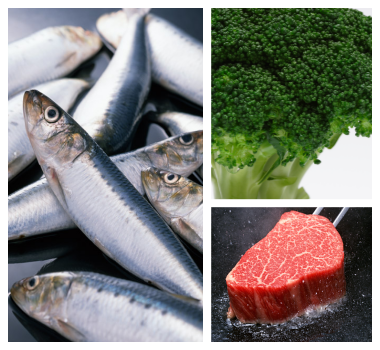 Coenzyme Q10 is relatively abundant in blue fish such as sardines and mackerel, as well as beef.

The recommended daily intake of coenzyme Q10 is said to be 100 mg, but only about 4.5 mg a day can be consumed from food. Even if you try to supplement from the diet, in order to take 100 mg of coenzyme Q10, about 20 tails for sardines and about 3 kg for beef You also need to eat. Eating alone is not enough to make up for it. 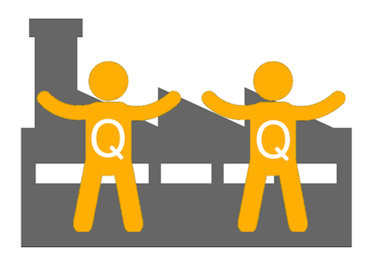 Coenzyme Q10 is abundant in organs called mitochondria, which are located in the cells that make up our bodies. 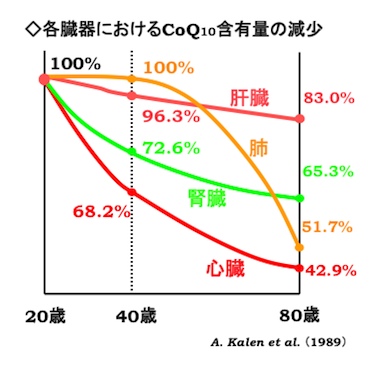 Coenzyme Q10, which is necessary for our survival, is supplemented by two means: dietary supplementation and production in the body.

However, the amount of coenzyme Q10 synthesized in the body decreases significantly with age. For example, in the heart, it peaks around 20 years old, decreases to about 1/3 in the 40s, and to 1/2 in the 80s.

Points to choose a CoQ10 supplement