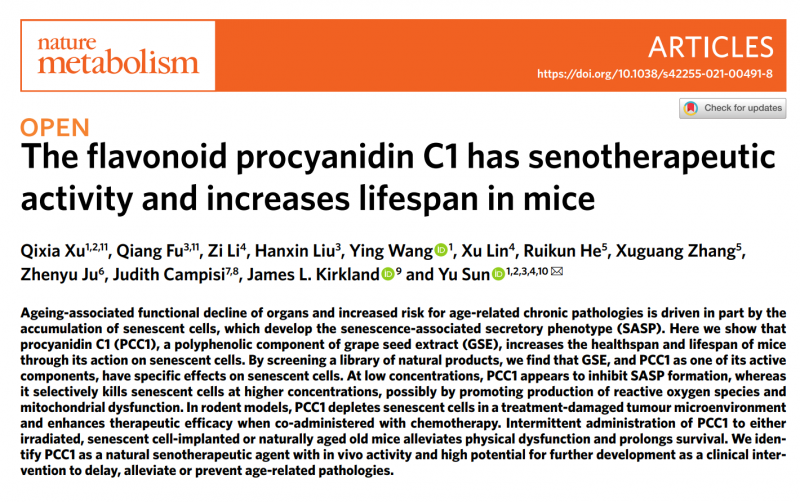 Researchers screened nearly a thousand natural products, locked 46 kinds of plant-derived extracts, including different types of grape seed extracts, and finally found that from a specific grape seed extract, it was able to "precisely eliminate senescent cells." -the substance PCC1.

In addition to discovering the anti-aging ability of PCC1 to target and eliminate senescent cells, the research team also found another ability: it may inhibit tumor development. Researchers found that after injecting PCC1 into tumor-bearing model mice alone, there was no effect on the tumor cells. But when PCC1 and chemotherapeutics "cooperate", the lethality of chemotherapeutics on tumors is doubled. The ability to use PCC1 chemotherapeutics has been improved, and the survival period of model mice during the intervention period has also been lengthened by 48.1%, which is quite amazing. 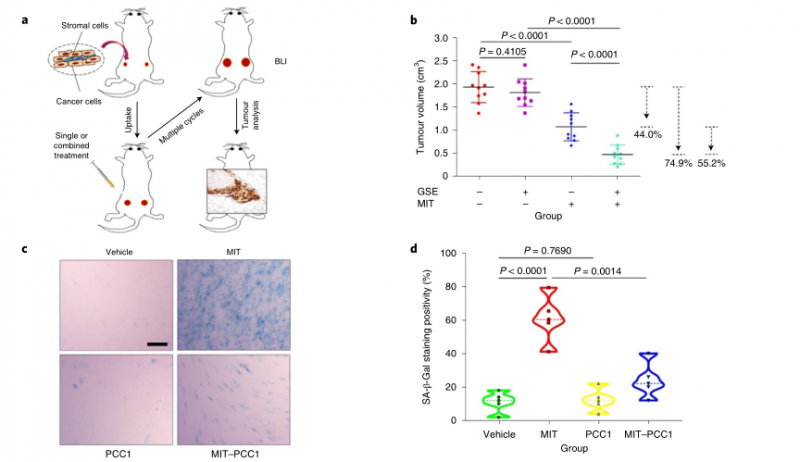 The fundamental reason is that PCC1 "clears" the senescent cells in the tumor microenvironment and reduces the "assistance" of senescent cells to the tumor. In the final analysis, the ability of PCC1 to eliminate senescent cells is playing a role, and the liver enzymes, body weight, urea and immunity of the mice are not affected during the whole process, that is, no side effects have been found for the time being. Not only was the healthy median lifespan of aging mice prolonged by 64.2% during the intervention period, which was a super-similar "natural scavenger"; and no side effects were found during the process, which are also rare in similar substances.

The discovery of the "natural scavenger" PCC1 is an important step for By-Health to deepen the field of healthy aging for Chinese people. At the same time, it also marks the first time that China has the right to speak in the research of senescent cell removal mechanism in its own hands in the field of anti-aging. The research results are called "a new milestone in the fight against aging" by the industry, and are expected to be used to delay aging and control aging-related diseases in the future.