Efficacy and effects of dandelion extract

Efficacy and effects of dandelion extract

Dandelion is also known as Huang Hua Di Ding and mother-in-law Ding. In Jiangnan, it was called Huahualang. Compositae is a perennial herb. The dandelion plant contains a variety of healthy nutrients such as dandelion alcohol, taraxacumin, choline, organic acids, and inulin. Dandelion extract has been approved by the US FDA as a GRAS (basically recognized as safe) food ingredient. Its efficacy and functions are as follows: 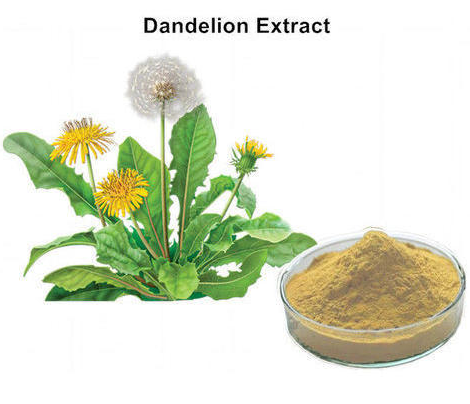 Dandelion extract is used for liver inflammation and congestion. As one of the most effective detoxification herbs, it acts to filter toxins and waste products in the bloodstream, gallbladder, liver and kidneys. It stimulates the secretion of bile and helps the body remove excess water produced by the damaged liver. The Australian Journal of Medicinal Herbs, Vol. 3(4) of 1991 mentioned two experiments, one was done by Vivarelli in 1938, and the other was done in England, which proved the liver-protecting properties of dandelion. They found that dandelion successfully treated hepatitis, hepatic hydrops, jaundice and indigestion, which were accompanied by abnormal gallbladder secretion. It is also used in the early stages of liver cirrhosis such as alcoholic cirrhosis.

Dandelion extract flavonoids can double the flow of bile, which is very critical in the process of eliminating toxins, because the essence of bile flow is a natural secretion process that transmits toxins from the liver to the intestines, where the toxins are excreted from the body. A British study found that in addition to accelerating the flow of bile, dandelion extract can restore bile function. Its choleretic effect is very useful for inflammation of the liver and gallbladder, removing gallstones and congestion, and jaundice.

Unlike many traditional diuretics, dandelion leaves do not filter out potassium in the body. In fact, dandelion leaves contain a lot of this mineral, which can even function as a potassium supplement. The diuretic effect is reliable in the use of dandelion for the treatment of hypertension.